Earlier today, I wrote about the latest version of USB Burning Tool（others like Amlogic S905X upgrade by USB Burning Tool）and noticed added support for Amlogic “905D2” processor in the changelog.

I had heard about Amlogic S905X2, but S905D2? Never. I could find information in some recent Buildroot/Linux release notes, and as one would expect it’s another quad core Cortex A53 processor, and likely an update of S905D processor targeting set-top boxes with multiple independent tuners.

There’s no mention about TS or DVB,  but it appears the processor may be clocked faster likely due to a newer manufacturing process – just like S905X2 -, and the Mali-450MP GPU has been replaced by a more recent Dvalin GPU supporting Vulkan and OpenGL ES 3.2. 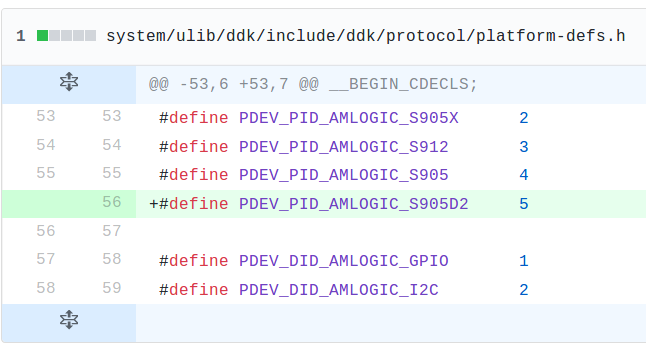 While searching for more information on the processor, I found out initial support for S905D2 was added to Zircon, the kernel used in Google Fuchsia operating system.  It’s still unclear what Fuchsia OS will be used for, but Google employees are actively working on the project, and while development hardware platforms are now all based on Intel processors, platform-defs.h linked above has plenty of references to Amlogic processors, so I’d suspect Fuchsia may end up in media streamers, possibly the next revision of the ChromeCast,  or even new version(s) of Google Home smart speaker via Amlogic A113 also supported in Zircon.  It also looks like Fuchsia development are working on development boards support such as Hisilicon Kirin based Hikey 960, and Amlogic logic based Khadas Vim 2 or ODROID-C2.